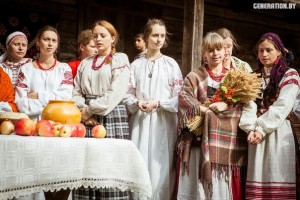 SEA has organized more than 20 ethnographic expeditions to the regions of Belarus and to the regions of neighbouring countries inhabited by Belarusians since 1998. The members of SEA have identified, researched and documented elements of the Belarusian ICH from various domains.

The folklore and ethnographic archive of SEA is the significant source of information on ICH of Belarus. The archive contains not only SEA expedition materials but also folklore collections of different state organizations, NGOs, regional cultural institutions and private researchers deposited by their owners to SEA, collections of television and radio programs recordings.

The archive materials are available for cultural workers and local communities on their demands. Materials are used for documentation of ICH elements, making out of regional ICH inventories. In 2012 SEA defined informative providing of ICH safeguarding to be of top priority in usage of the archive. 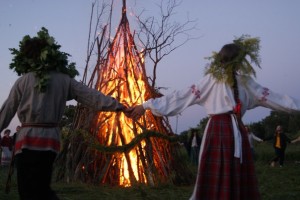 SEA conduct educational activities aimed at both urban and rural youth in the forms of non-formal education (study circles, workshops, summer handicraft camps, singing and dancing studies), festivals, art events, as well promotion activities aimed at the whole society. The objectives of these activities’ are: to adopt the traditional cultural knowledge, skills and values by the youth; to encourage motivation for cultural continuity; to provide information and enhance awareness of ICH importance in society, to turn bearers’ passive knowledge in actual practice.

Since 1999 SEA have been supporting some elements of ICH, mainly traditional festive events, rites, handicrafts. 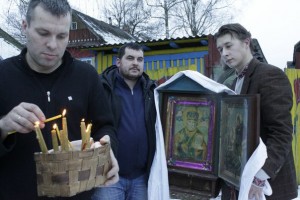 Our objectives are:
– to preserve, develop and contribute to the continuity of the Belarusian authentic cultural traditions;
– to preserve and revive the environment of the traditional ethnic culture, the Belarusian natural and cultural landscape;
– to overcome spiritual crisis in modern Belarusian society on the basis of the values of the traditional culture.
NYNGO “SEA” considers the traditional ethnic culture – knowledge, beliefs, customs, morality and other forms of the spiritual and material heritage which were acquired by ethnos during the independent development on their land – to be the highest value which shall be passed on from one generation to another and shall be the basis for the development of society.

Having begun conducting ethnographic expeditions SEA members realized their unity with the traditional culture and its bearers rather than being observers from outside. It is due to this understanding that communication without cultural and age-dependent barriers in a spirit of mutual respect and concern with both elderly people and rural youth has been achieved.

ICH bearers and SEA are interested in each other. We gain knowledge that helps us form our world view. They realize their cultural heritage value and their importance as bearers and teachers. 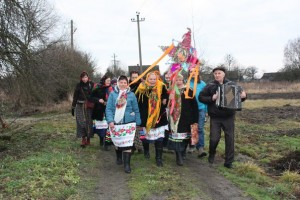 Domain(s): (a) oral traditions and expressions, including language as a vehicle of the intangible cultural heritage; (b) performing arts; (c) social practices, rituals and festive events; (d) knowledge and practices concerning nature and the universe; (e) traditional craftsmanship. 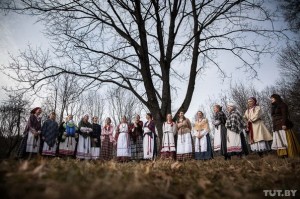