This book, with the topic Traditional musical instruments, was made with contributions of fifteen writers, representing different NGOs, from countries across the globe. The authors describe the current status of traditional musical traditions and provide insight in safeguarding activities of these traditions in the spirit of the 2003 Convention. The main project has been to share safeguarding experiences, methodology and activities, among us who are working in the field, with the communities concerned, craftsmen, musicians, bearers and practitioners.

Nevertheless we considered that it would be almost impossible to give a fair impression for understanding the musical instruments from text only. We wanted to listen to the sound of the musical instruments, in order to get a better and more fair impression. Therefor we decided to add a playlist, made available online. In this way, we can listen to sample of music referring to each chapter.

December 3, 2022
On 1 December 2022, during the UNESCO 17.COM in Rabat, Morocco, #HeritageAlive and the ICH NGO Forum had the pleasure to award Laura Lopez of CIOFF the first Albert van der Zeiden Prize to recognize her contributions to #HeritageAlive and her work supporting the spirit of the UNESCO 2003 Convention…
#heritageAliveNews

Minutes from the #HeritageAlive Editorial board meeting

#HeritageAlive: a call for articles on Storytelling

May 6, 2022
(French version follows / La version française suit) At 16.COM in Paris, the #HeritageAlive Editorial Board chose “storytelling” as the topic for the next book in the Living Heritage Series. The new book will be published with the assistance of ICHCAP and will be ready by the end of 2023 to…
#heritageAlive 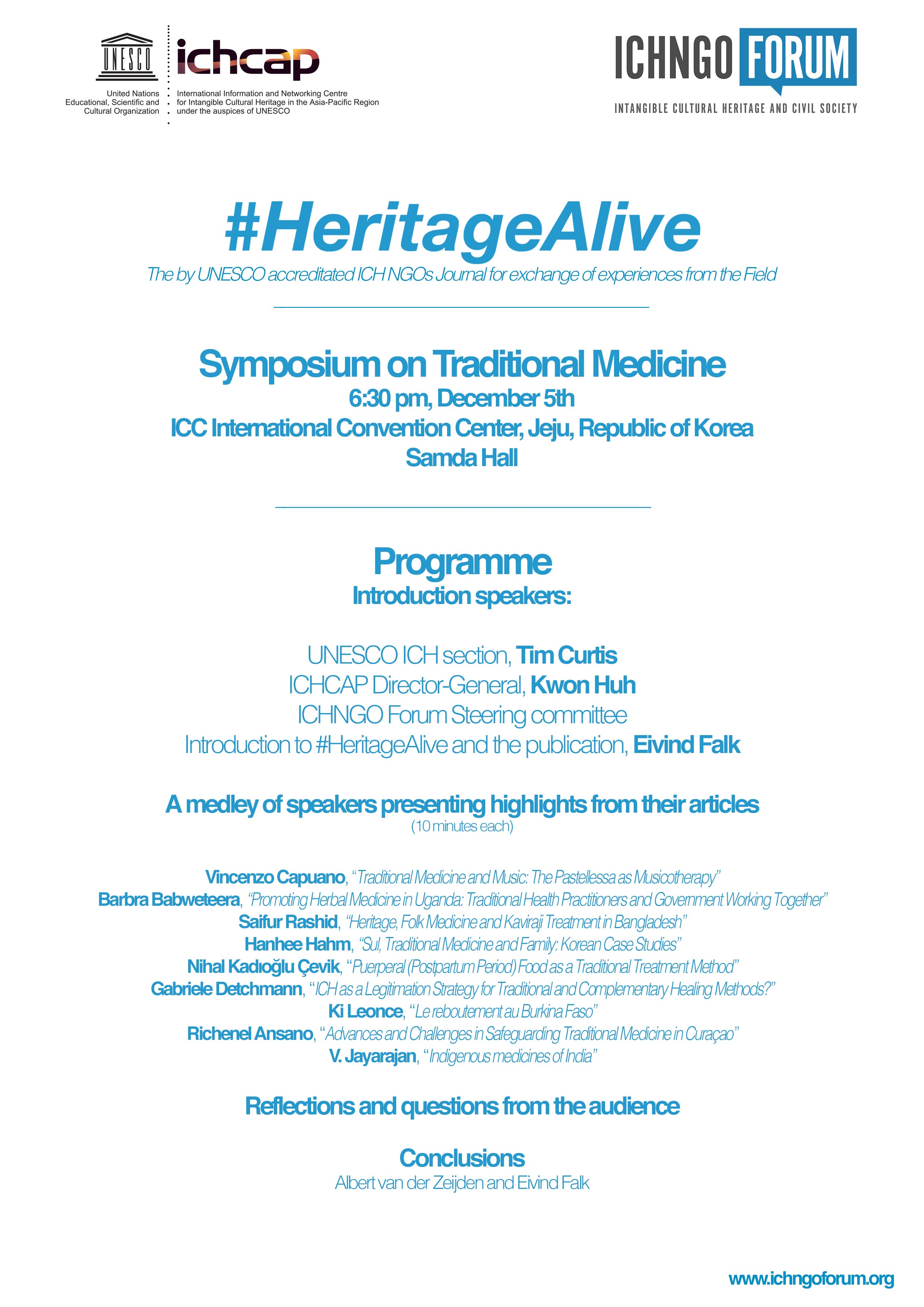