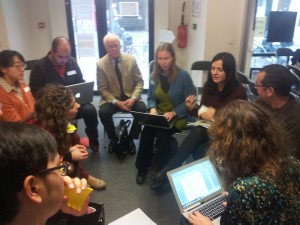 The world café was held as part of the NGO forum day to which there were 95 participants from 38 countries.

The purpose of the World café was to facilitate a discussion for such a large number of participants, normally groups would move between tables, however due to the large numbers and the physical space restrictions it was decided to move facilitators.

The participants split into six groups and five discussions were conducted in English and one in French. There were six facilitators and three questions to be posed to six groups so each facilitator took a questions and went to two different groups.

The questions posed where related to the theme of the day of how NGOs work with states parties.

1)    Barriers and Opportunities to working together

The feedback from the groups is captured under these three headings and summarised below.

Opportunities that may also be barriers (depending on context):

(Some pictures of the World Cafè) 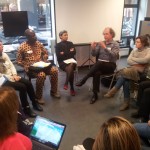 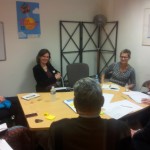 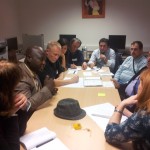