Europe and North America May 3, 2016 posted by ichngo
Share 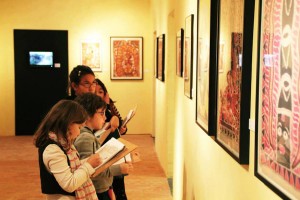 The Maison des Cultures du Monde (i.e. World Cultures Institute) was founded in Paris in 1982 and is dedicated to supporting cultural diversity and promoting ICH. Welcoming traditional performing arts, especially within the framework of the Festival de l’Imaginaire since 1997, the Maison des Cultures du Monde also provides a space for reflection and dialogue. The Maison des Cultures du Monde publishes recordings of traditional music under its label INEDIT, and an annual journal, Internationale de l’Imaginaire. Moreover, it offers its expertise in cultural engineering through various cultural services and programmes.
The Maison des Cultures du Monde’s international resource centre was opened in Vitré, Britanny, in 2004. This fund comprises especially the archives of the organization, which are partially available for online consultation on the multimedia database “Ibn Battuta”. In addition, the Centre hosts a collection of items, including musical instruments and masks from all over the world. In accordance with the Convention for the safeguarding of intangible cultural heritage, ratified by French government in 2006, the Ministry for Culture and Communication has designated this Centre as a competent body for the safeguarding of the ICH present on its national territory. In 2011, it became the French Centre for Intangible Cultural Heritage. Dedicated to informing, training, as well as debating on living heritage, the French Centre for Intangible Cultural Heritage is also a network of actors invested in the various fields of ICH. Finally, it is a tool for raising public awareness on the safeguarding of ICH through exhibitions, educational workshops for school children, conferences and other activities.
Year of accreditation: 2010 renewed in 2015

Domain(s): (a) oral traditions and expressions, including language as a vehicle of the intangible cultural heritage;  (b) performing arts;  (c) social practices, rituals and festive events. 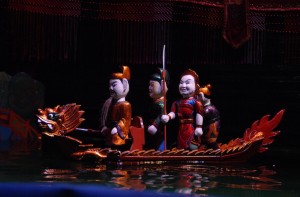 The Festival de l’Imaginaire, founded in 1997 and held in several venues in Paris and other towns in France, is dedicated to world performing heritage (music, dance, theatrical forms, rituals) including exhibitions, conferences, documentary screenings, roundtables and forums. The program of the festival is generally based on the discovery of musical or performing traditions which are unknown in France or in Europe. Most of the performances are chosen after a fieldwork done by the curators of the Maison des Cultures du Monde or by anthropologists and ethnomusicologists in order to propose the most representative holders of ICH. These fieldworks are the occasion to gather material on ICH which is stored at the French Centre for Intangible Cultural Heritage. The Vietnamese water puppets múa rối nước or the Indian string puppets yakshagana (from Karnataka) are two examples of threatened ICH which is still alive thanks to the efforts of the Maison des Cultures du Monde. The festival offers also a chance to raise awareness on ICH among the young generation through a series of special performances which includes dialogue between pupils or studients and ICH holders or practitioners.
The CD series INEDIT has the same concern about preserving musical heritage. The best examples are the Anthology of Moroccan Andalusian music which gathers the 11 complete nubat of the repertoire (73 CDs) and the Mugham of Azerbayjan (9 CDs) which cover the entirety of a repertoire.
The Maison des Cultures du Monde organises every year since 2003 the “Journée du patrimoine culturel immatériel”, which gathers scholars and performers to discuss about the implementation of the Convention and different subjects related to the safegarding of ICH.