Asia and the Pacific September 5, 2020 posted by ichngo
Share

Craft Revival Trust (CRT) set up in 1999 as a registered non-profit is mandated on the principal that access to knowledge and its dissemination form the vital core of sustaining, promoting and safeguarding craft heritage. CRT believes that this investment empowers and strengthens the cultural diversity of individuals, communities and societies. CRT geographic mandate extends across the Asian region.

CRT’s mandate is manifest through several routes: Knowledge Generation and Diffusion Global InCH the online quarterly international journal and archive on ICH is a platform for global connects and knowledge exchange on culture, heritage, diversity, sustainability and other aspects that impact the cultural and creative industries. It is a leading repository of opinion, information and discussion with over 500 essays, 40 categories and 200 contributors. www.globalinch.org Asia 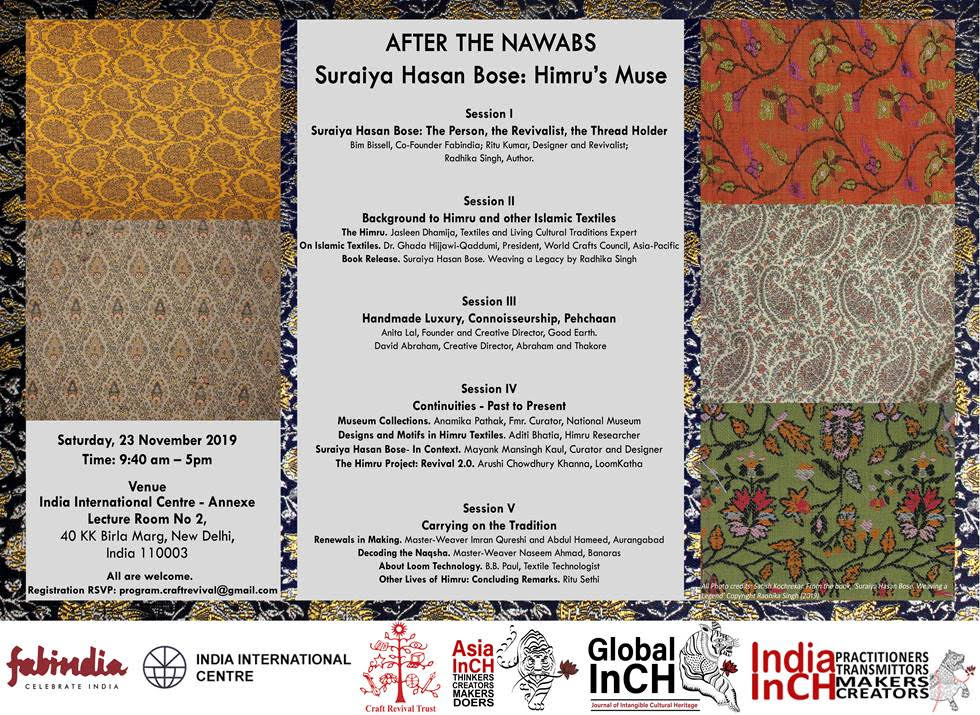 InCH Encyclopaedia on traditional arts and crafts and Archive: Developed with support from UNESCO this online Encyclopaedia is recognised as being the widest source of information and knowledge on the traditional arts, crafts ant textiles of 7 Asian countries – India, Nepal, Pakistan, Sri Lanka, Bhutan, Maldives, Bangladesh, Lao PDR. It continues to be a work-in-progress.

www.asiainch.org India InCH Listing of Traditional Practitioners – A comprehensive database of over 70,000 traditional, artists and craftspeople working across more than 2500 crafts are listed on India InCH. Giving recognition and identity to craftspeople as holders of tradition, values and skills. It is the only listing of its kind supporting medium, small and micro-enterprise craft and creative industries. Providing direct access without any intermediaries it continues to be a work-in-progress with new contacts added on regularly.

www.indiainch.org Advocacy and Policy CRT has brought greater attention to bear on issues of craft and cultural diversity and 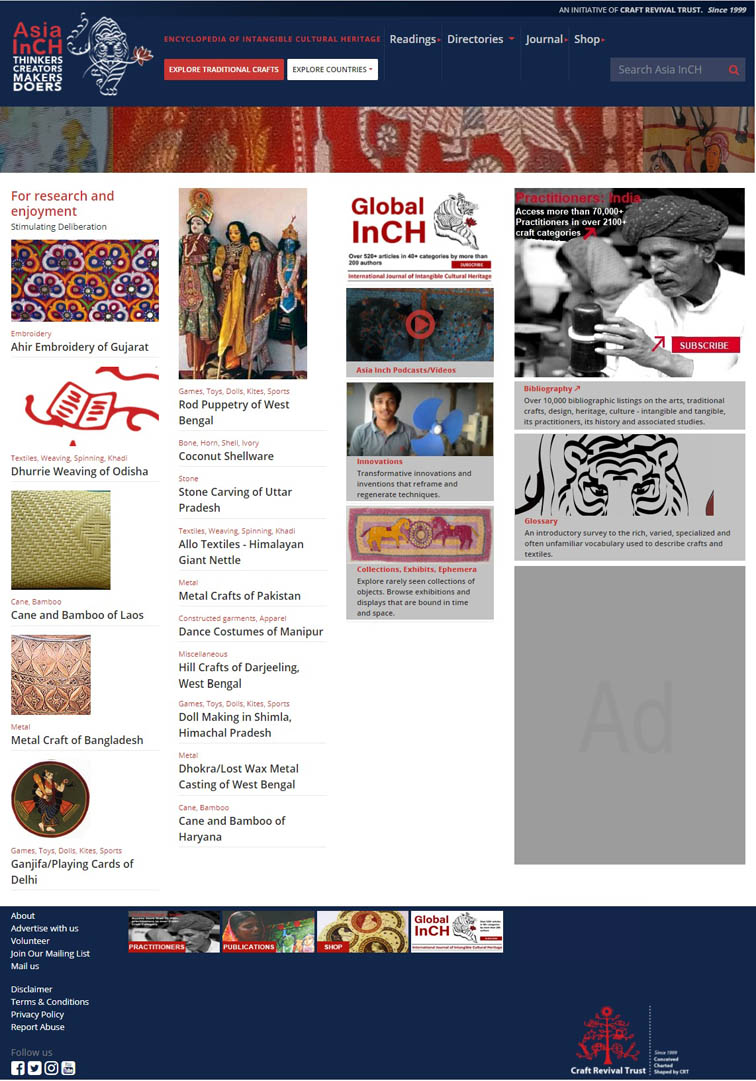 the importance of the link between culture and sustainable development by providing supportive policy engagement at all levels. CRT is represented on policy-making bodies in India and overseas and has contributed to cultural policy design through advocacy and dialogue. Disaster Need Assessment – Post-Conflict need assessment and recommendations conducted across 10 conflict affected provinces of Northern and Eastern Sri Lanka under the aegis of IRCI Cat II Centre, Japan and UNESCO, Delhi. 2013 -14. Recommendations accepted and implemented by government of Sri Lanka. – Research, need assessment and recommendations on building back better for the flood hit state of Kerala, India. This was the first PDNA conducted in India that included traditional arts, crafts and performing arts. Conducted under the aegis of World Bank, UNDP, UNESCO, Government of Kerala. September 2018. Platform of Dialogue and Discussion CRT’s has conducted seminars, public lectures and exhibitions include a continuing series of dialogues, discussions, roundtables on cultures, heritage, development, policy to empowerment and sustainability. Over 140 public engagements have been held since 2006. This effort has built an environment that has encouraged dialogue and ensured wider and balanced exchange, respect for diversity and fostered inter-culturality to build connects. Hands On Since 1999 a program to educate young people with cultural practices and inculcate respect for practitioners and transmitters called Hands-On has been in practice. The teachings have included lessons on natural dying, making paper by hand, spinning yarn etc. 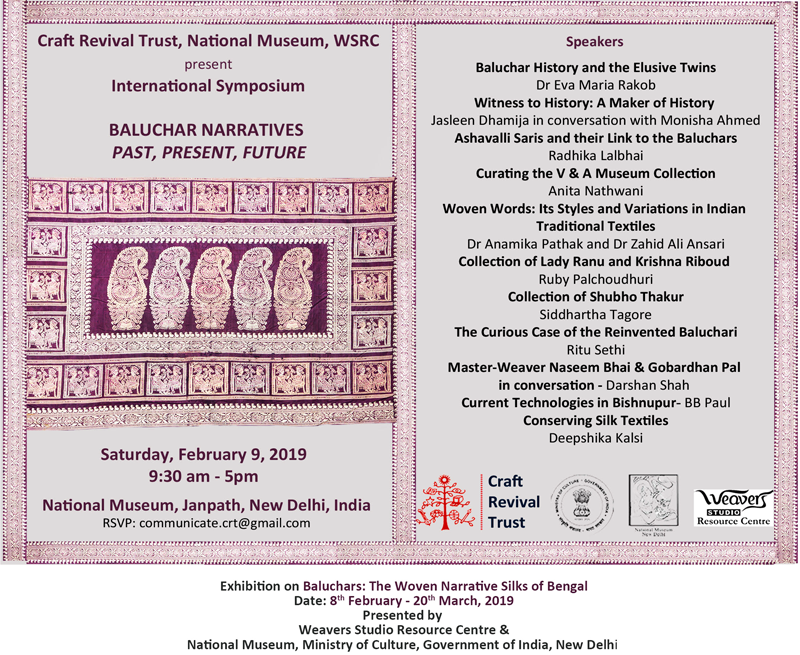 Main country where the NGO works: India and South Asia