A case of Koogere oral tradition in Uganda 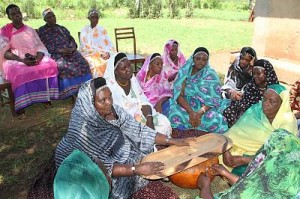 EFFORTS AND CHALLENGES OF SAFEGUARDING INTANGIBLE CULTURAL HERITAGE IN AFRICA: A CASE OF KOOGERE ORAL TRADITION IN UGANDA.

(see below for the french summary)

In 2003, States endorsed an international instrument to provide for safeguarding Intangible Cultural Heritage of humanity across the globe. As a facilitator of bearer communities in safeguarding their intangible cultural heritage, I reflect on the experience of community efforts to safeguard Koogere Oral tradition of the Basongora, Banyabindi and Batooro Peoples in western Uganda since 2001.

This oral tradition is a body of narrations that form part of collective memory and folk expression of the concerned communities. The story is built around exceptional wisdom and achievements of a woman called Koogere who is believed to have ruled Busongora chiefdom, during a great era of women rulers, in the legendary Bunyoro Kitara Empire around 1700AD. The series of narrations bring out images of plenty and abundance as blessings for hard work and the women magic and heroism that marshaled spiritual and human energies to build a very prosperous chiefdom.

The inspirational actions and history of Koogere was constructed into peoples’ social philosophy and folk expression and hence living on and on, inspiring communities across generations. The story conveys values and provides basis for belief systems of the communities. Among the Basongora indigenous community, up to day, the story provides legitimacy and inspiration for contemporary community leaders including males. The enactment of this story, transmit skills of listening and narrating in addition to enhancing memory. It is also a vehicle of intergenerational transfer of community information, social philosophy and values. This oral tradition manifests itself in different forms as enacted by different specialists. These forms include narratives, poems, folk songs, instruments, proverbs, sayings and associated physical sites and historical trails.

The mode of enactment is essentially informal and spontaneous by story tellers, poets, elders, sages, folk dancers, and instrumentalists especially during, the now disappearing, evening recreation around the fire place and traditional social and religious ceremonies. It is also shared during the now disappearing group actions like women handcraft sessions, communal grazing and walking in company for long distances. Although there is general participation, more talented individuals emerge and the elderly take lead to transfer the skills and knowledge to the, now increasingly absent, young people.

The knowledge and information about Koogere Oral tradition is increasingly getting lost from the stock of knowledge of the communities. The Koogere story is a lived, shared and danced out experience but not recorded as the oral information is no longer effectively accessible and durable. The story that is enacted spontaneously and informally, is losing practitioners, traditional spaces of enactment and audience to modern formal and professional entertainment, training and education.

The safeguarding measures of this oral tradition would adopt a broader strategy of integrating it to modern society, by adapting its various components and themes to contemporary education, training, information dissemination, entertainment and sustainable development issues like gender and environment.

Some of the proposed safeguarding measures include the following: 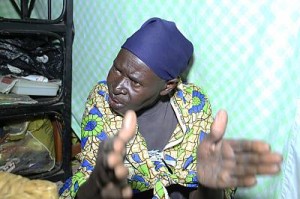 There is a debated however, among the scholars of intangible cultural heritage, that these safeguarding strategies could also inevitably lead to the element losing some important cultural functions and values. For instance, in its traditional context, the oral form was a function of enhancing a strong capacity of natural memory. The story telling was a test as well as a teaser of someone’s mind as a form of education and entertainment. With documentation, people will tend to rely on recording and storing artificial devices than their natural memory. The element may also change from being an oral tradition to just a tradition because it will no long be oral. Spontaneity as opposed to formal, programmed and predictable arrangements is a cultural value which emphasizes naturalness and human expression which is not limited by artificial rules. This cultural value can be limited in formal and professionalized arrangements. In the traditional contest of enactment of the story, spontaneity did not amount to disorder but order born of natural rhythm of things. Indeed, during implementation of these measures, every effort will be made as much as possible, to maintain and sustain the social functions and cultural meanings of the element for its communities.

In 2001 a Ugandan NGO, Engabu Za Tooro – Tooro Youth Platform for Action, working under the approach of using culture for development, adopted the Oral tradition in the programme of promoting grassroots women participation in entrepreneurship and leadership. A survey had been carried out, on factors that were constraining grassroot women to participate in business and it identified cultural beliefs and values as a leading factor. The effort was then to use culture itself by adaptation of Koogere Oral tradition and justify women entrepreneurship and leadership. The modern project notions and designs appeared dry and foreign with no natural attraction to the communities especially those that are resistant to foreign values. In those traditional communities, people are attracted and stimulated by initiatives with aspects which they can identify with in their own cultural context. A field officer who could go for monitoring on how the trained community members are using modern business skills and knowledge acquired in workshops, the community would welcome him with a village ceremony full of folk dances and poetry.

Some advocates of women emancipation seemed to imply that it was a value from the west and traditional cultures are only to blame for the problems it addresses. So this oral tradition was brought in development practice as an effort to disprove this thinking.

The first activity was to revitalize the story through a weekly radio talk show that also related the story to the modern development concepts. Then a biannual festival and contest was established to give Koogere of the year award. This meant the most enterprising grassroots woman inspired by the story. The contest and festival are also associated with vintage exhibition and cultural research and collection of artifacts which led to emergence of community and home museums. The programme which was intended to use culture to promote entrepreneurship, led to the emergency of cultural entrepreneurs in the communities who are involved in folk performance as a business, provision of cultural services and community museums. This also led to emergence of other cultural programmes like cultural schools and formalization and professionalization of cultural service providers.

The participants of the programme also, over the years, developed very innovative programme concepts. Example of such projects is Koogere Memorial forest. This built on the community memories of a forest which contained the trails of Koogere but which has now disappeared due to modern developments. This project conserve a small natural forest near Fort-Portal city in memory of Koogere and also to re-invent the real ancient Koogere forest which disappeared. This conserved forest is a place where nature and culture meet and has programmes of promoting nature conservation, cultural education and tourism.

In 2007 the programme attracted strategic partners like Cross Culture Foundation of Uganda (CCFU) whom, with the support from CommonWealth Foundation, documented the initiative and disseminated the information to other stakeholders at national and international levels. This opened unlimited opportunities for networking and sharing information on the concept and the initiative although such networking has not yet evolved to tangible support to scale up the initiative, Basing on the experience of working with culture in development as a result of Koogere programme, which was now sufficiently documented, in 2012, EZT was accredited to provide advisory services to the Inter Governmental Committee of the 2003 UNESCO Convention on Safeguarding Intangible Cultural Heritage.

As the first challenge, initially the drive was not a conscious process of safeguarding Koogere Oral tradition for its own sake but to use it to catalyze other development interventions. It was later discovered that to effectively integrate this oral tradition in development initiatives, it needed first, to be reclaimed through research and comprehensive documentation and yet up to day, we did not get any support for such heritage documentation. The current development thought does not sufficiently recognize the role of culture in development efforts and hence very difficult to access funding for a heritage preservation project. Government and other actors are focused on critical priorities like health, income generation, human rights etc. but not preservation of cultural heritage. The innovative attempt for cultural practitioners has been to present culture as a facilitator in tackling the critical priorities, in order to access the funding. But still, to many decision makers of the funding of the critical priorities, either fail to understand that approach or deem it indirect and not effective and prefer tackling problems directly. We adopted Koogere Oral Tradition in an entrepreneurship promotion programme funded by HIVOS the Netherlands under its funding component of supporting development of business skills and services. But overtime, the use of Koogere Oral tradition was deemed to drift us to a cultural programme than business skills and services and accordingly we lost the funding which up today, we have never replaced.

In the 2013, we facilitated the communities to nominate this oral tradition for UNESCO Inscription on the Urgent Safeguarding List. Through this, leaders of bearer communities hoped to access more potential partners who understand the need, in the first place, to reclaim and Safeguard this element in its own right and then sufficiently and effectively avail it for adoption to catalyze development interventions. The entire process of evaluation has not got any criticism. So we hope, it will be inscribed early December 2015. We are looking at potential networking and support partners especially from stakeholders who work with concepts like promotion of oral traditions, literature, indigenous languages, folklore, performing art, culture and development, and use of culture to promote women emancipation and environmental sustainability.